WE HAVE BEEN OWNED BY BOSTON TERRIERS SINCE 1996

"Zen" now lives in her forever home in Parker, Co.

Zen is our lovely bred by brindle girl. Zen has her sire's calm temperament & is very intelligent. Zen loves to show but due to her false pregnancies we have decided to retire her from the ring.

Zen was the self-appointed big sister to her littermates and is the best mother I have ever had in my 30 years of raising   dogs.

* Zen's daughter Twinkle (Constellation's Twinklin' Star @ Campbell Clan) take Best Puppy In Show! This was an all breed show and we would like to congratulation Twinkle's owner Danielle Campbell on this wonderful win!

Zen takes WB for a Major in Denver Thank You Judge Manning!

Zen went Winners Bitch and Best of Opposite her first show from Bred By class! 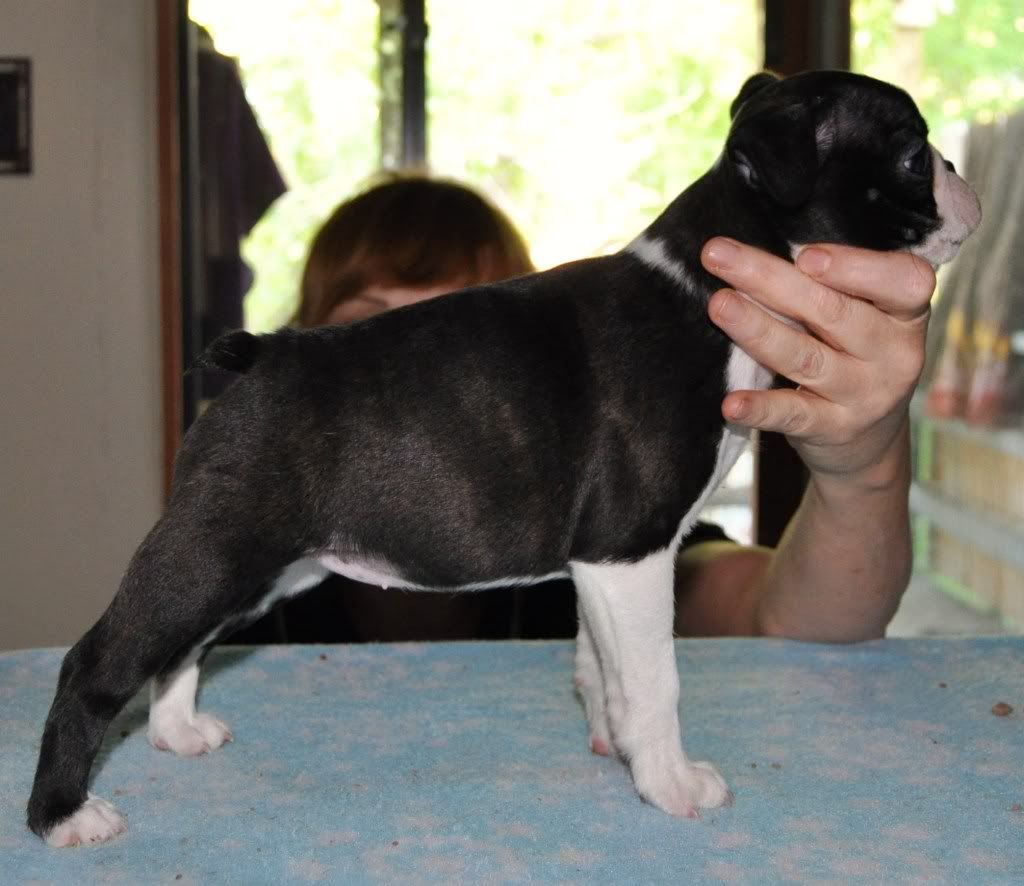 Lily at 4 months old all dressed up for summer! LEO  THE ONLY BOY Zen as a baby